EXCURSION PROGRAM FOR PARTICIPANTS OF THE CONFERENCE

Voronezh is a city with over 429 years of history. It is an ancient atmospheric city whose fate is intimately associated with the history of the country. The city tour will spotlight the history of the fortress at Russian frontiers and construction of the first national naval fleet, as well as the contribution of Voronezh citizens to the victory over fascism, along with the today's life of this major center of industry, science and culture. 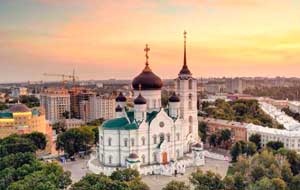 Divnogorye, the nature reserve and museum of architecture and archaeology, represents one of the most famous places of interest in Voronezh region. The delightful beauty of the unplowed steppe, the cave temple, carved in the amazing chalk rock pillar, the remnants of the Mayatskaya Fortress, the most northern outpost of Khazar Khaganate, the unusual history of the Icon of Sicilian Mother of God. 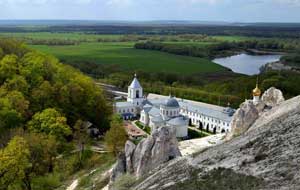 Divnogorsk Holy Assumption Monastery, which, in the seventeenth century, ordered not only incense, oil, myrrh and churchware from Moscow, but also gun powder and cannon balls to fulfill its military duty to the Fatherland, is now being restored and renovated. This peaceful convent remembers both the violent nomads at its walls, the juvenile Frol Razin, head of the rebellious Cossacks, the young Peter, and the Hungarian invaders of the years of the last war.

Ostrogozhsk is one of the ancient chief towns of a district in the southern Russia. The town, which preserved its original antique look and feel, is called "the Athens of Voronezh". Ostrogozhsk is linked with fates of such prominent Russian figures as K.F. Ryleev, S.Ya. Marshak, G.N. Troepolsky, V. Kubanev, N. Stankevich and I.N. Kramskoy. 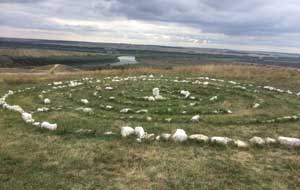 "Kostenki" Museum-Reserve is one of the most amazing places on Earth. People first came there 45,000 years ago, and for several millennia they kept moving away and returning to this coast of Don, leaving the most intriguing traces of their existence. Excavations at Kostenki, which have been going on for more than 130 years, revealed the first ever known examples of art, the famous "Kostenki Venus" figurines. The museum is built over a dwelling created with the use of mammoth bones.

Tour organizers reserve their right to modify the itinerary of excursion objects visits or to replace them with the equivalent ones, which will not affect the overall scope of the services provided.
We wish you a pleasant experience!